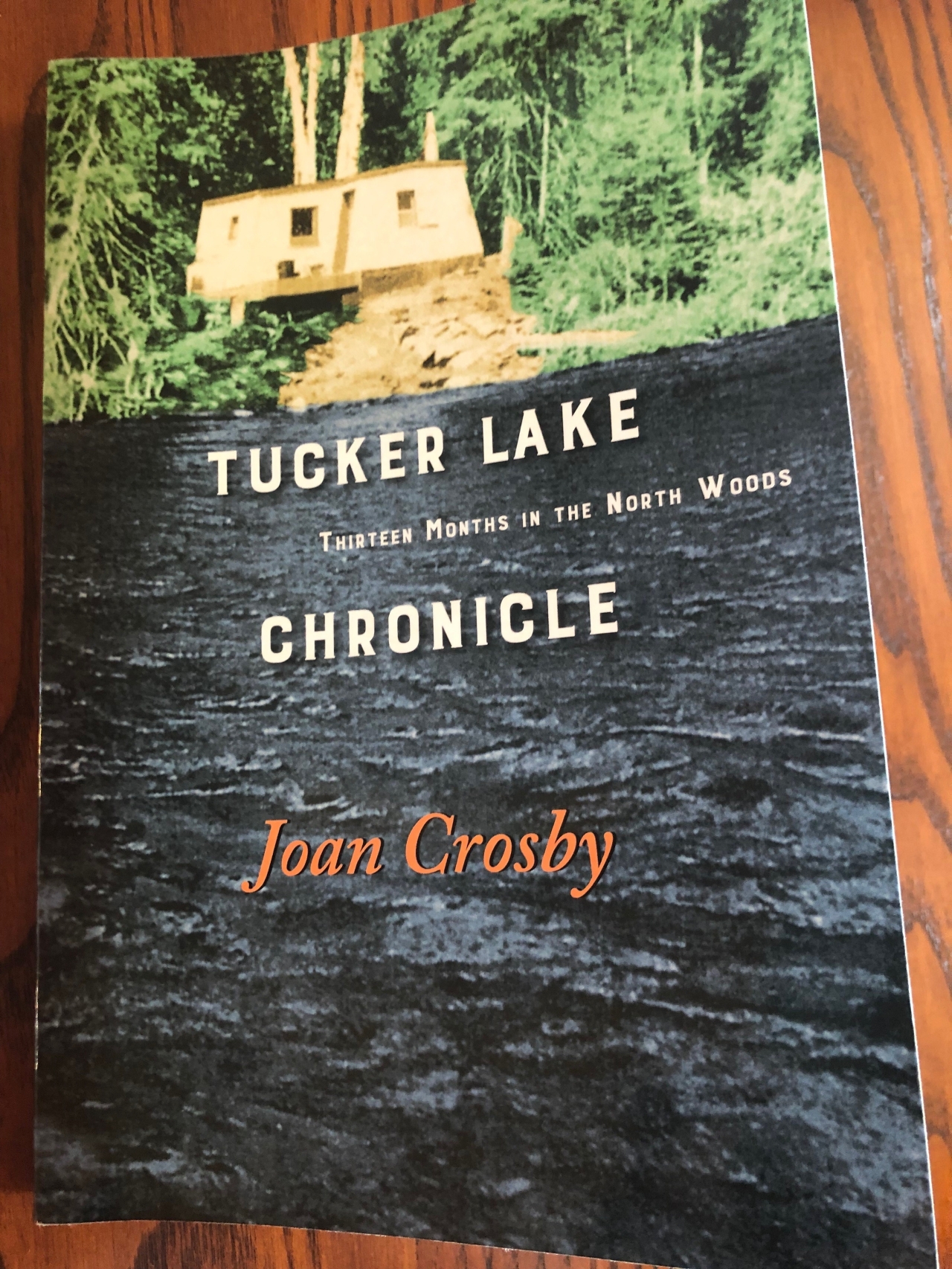 The romance of living in the North Woods is a siren song for many. In 1969, Joan Crosby and her husband Dick left the bright lights of a Minneapolis suburb to live in a one-room plywood cabin on Tucker Lake, armed with a canoe, a motor, $1100, and a malamute puppy named Nooky.

They’d been ready to chuck their jobs and their apartment in Plymouth for the Northern Lights and clear waters of the Boundary Waters, but nothing could have prepared them for the drastic change of lifestyle and environment they were about to experience. They lived without electricity and running water, but happily chopped wood each day for the Franklin stove and hauled water up from the lake. They debated putting walls around their outdoor biffy, but it seemed such a waste of good lumber when it was rarely more than the two of them. They decided to add on a separate kitchen to the cabin instead. Most of the time, their friends and family didn’t mind, except for perhaps one or two who cut their weekend visits short.

The story of Dick and Joan’s excellent adventure lasted thirteen months, until they ran out of money and were pressed to find jobs and a place to live that wouldn’t require a two hour commute. During those thirteen months, they learned a lot about themselves, their little cabin, the lake and the changing seasons and what it took to survive with nothing more than the work of their hands and the help of a few nearby friends for company.

If you’re a local, you should read Tucker Lake Chronicle because it’s chuck full of lore and tales of living in the wilderness. It will make you long for the Grand Marais and Gunflint Trail of the past. If you’re not a local, you should read it as a cautionary tale. Not everyone is made of the same stuff as Dick and Joan Crosby. Chopping wood, blazing trails, and encountering moose during rut is not for the faint of heart and may be best enjoyed by the armchair adventurer.