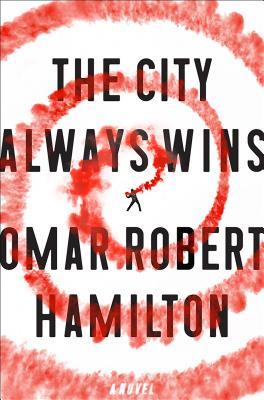 The City Always Wins opens in January 2011 during the Egyptian revolution with the massacre of protestors outside Maspero. Khalil is an American-born Palestinian with sympathies for the revolutionaries, but his girlfriend – Mariam – is the novel’s heartbeat. While Khalil founds Chaos, a podcast that broadcasts news and information for the revolutionaries – ‘the cerebral cortex at the center of the information war’ – Mariam is on the frontlines, providing medical care to the wounded, compassion for the families who have lost loved ones, and legal services to the imprisoned revolutionaries. She is a true revolutionary, willing to die for the cause, sacrificing sleep and her own health to keep the spirit of the revolution alive. After Mubarak is overthrown, the Muslim Brotherhood steps in and creates an equally corrupt and oppressive system where citizens are thrown in jail at the will of the police and tortured and killed. There is no justice here. Survivors’ guilt abounds. Khalil questions the legitimacy of his convictions when he runs instead of stands his ground during a protest while one of his friends is captured, tortured, and ultimately murdered for the cause. Mariam questions Khalil’s commitment to the cause as well and their commitment to each other falters. Mariam never wavers or considers her own safety even as women are subjected to virginity tests and raped in Tahrir Square by the corrupt military police. Ultimately, the army overthrows the Muslim Brotherhood and General Sisi rises to power. The revolutionaries splinter, the movement loses steam, and dreams of a new Egypt are dashed.

The City Always Wins is Omar Robert Hamilton’s debut novel, and his writing reflects his first calling, film-making. His vivid descriptions of the protests and the violence rocket the novel forward . . . his language is lyrical, his pacing frenetic, and his imagery brutal. It is the story of corrupt power and the dashed dreams of a young generation of revolutionaries. Hamilton’s debut gives the rest of the world a glimpse of the Egyptian revolution from the inside. While The City Always Wins is a fictional narrative of the revolution, the novel is punctuated by actual tweets and news headlines; Hamilton applies a more journalistic approach to the story.

I recommend The City Always Wins for fans of historical fiction, global politics, and Middle-Eastern studies.