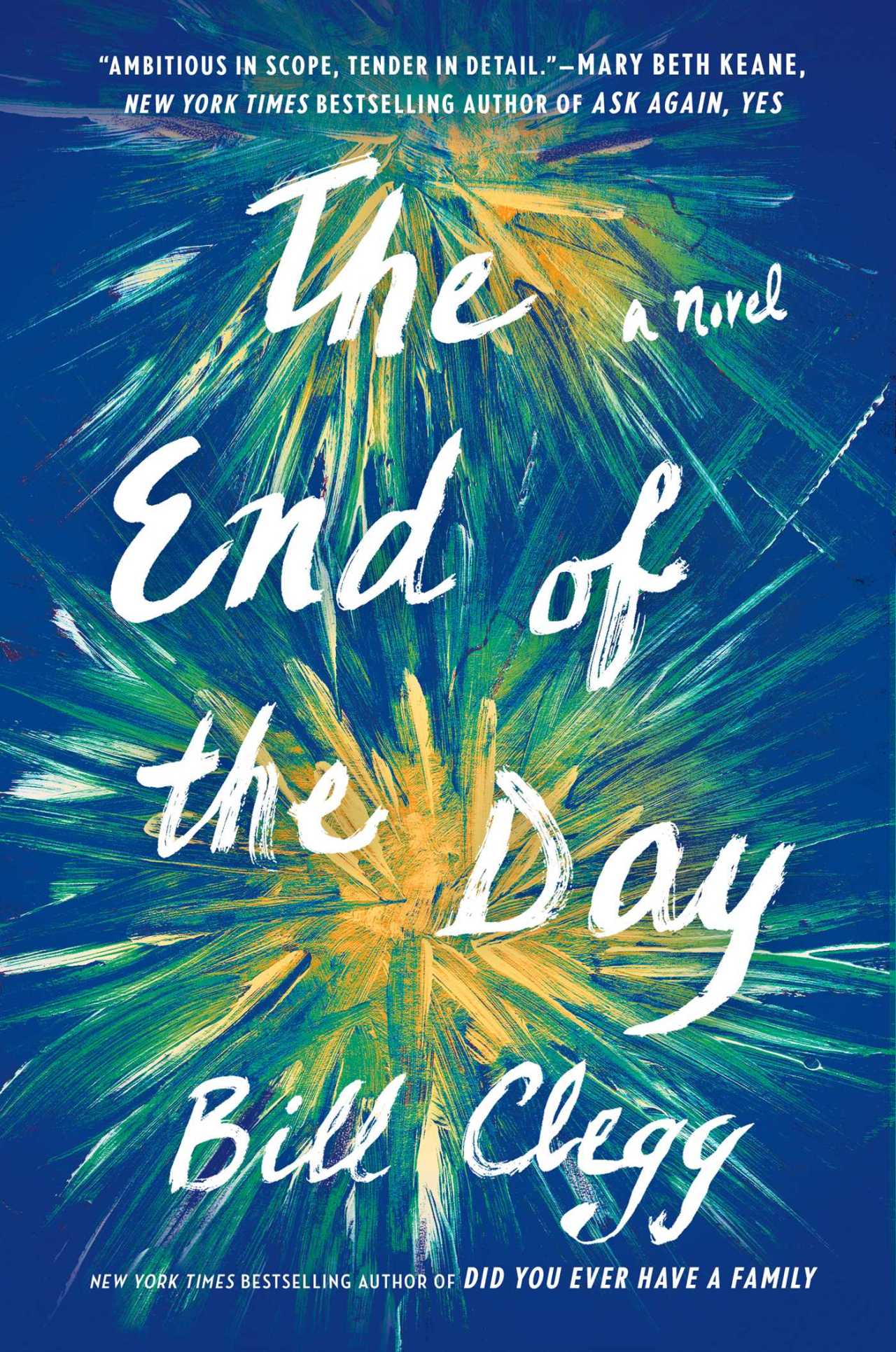 I absolutely loved DID YOU EVER HAVE A FAMILY by Bill Clegg, so I was thrilled to get an advanced reader copy of THE END OF THE DAY which will be available from booksellers September 29.

Clegg’s writing is luminous. In DID YOU EVER HAVE A FAMILY, June is devastated when on the eve of her daughter’s wedding, an explosion kills her daughter, her daughter’s fiancé, her ex-husband and her boyfriend. She had been looking forward to the future, and in one tragic moment, that future disappeared. June embarks on a cross-country odyssey – whether she is running from the past or searching for her new future will become clear as she puts miles between her and her losses. In that book, the characters are compelling and the storyline was thought-provoking — definitely a five star review.

THE END OF THE DAY failed to evoke the same response in me. Friends and acquaintances who have not seen each other in fifty years, but who had been connected in their youth, come back together profoundly when a young man finds his father dead in his apartment.

I initially thought that two of the central protagonists, Jackie and Dana were in their eighties because of the author’s descriptions of their cognitive and physical conditions — and was surprised (and disappointed) to discover that they were only in their sixties. Several of the characters were mere caricatures and never fully developed. Without the lived experience of being a Latina, I believe that Clegg, a white, male author, may take some flack for his character Lupita.

The storyline in THE END OF THE DAY initially intrigued me — I really enjoy multiple storylines that reveal intersecting perspectives, but in the end, the character’s stories and motivations fell flat. I could not fully believe that Lupita would take the risks she took, Dana evoked a Cruella De Vil vibe, and Jackie was so utterly hapless that I could not feel any sympathy for her.

Although this book fell flat for me, I still hold Bill Clegg in high regard and will look forward to his next novel.

I recommend Bill Clegg’s DID YOU EVER HAVE A FAMILY, which is currently available in paperback and was a finalist for the National Book Award  and the Man Booker Prize in 2016 for fans of Ann Tyler and Ann Patchett. His second novel, THE END OF THE DAY will be available September 29.