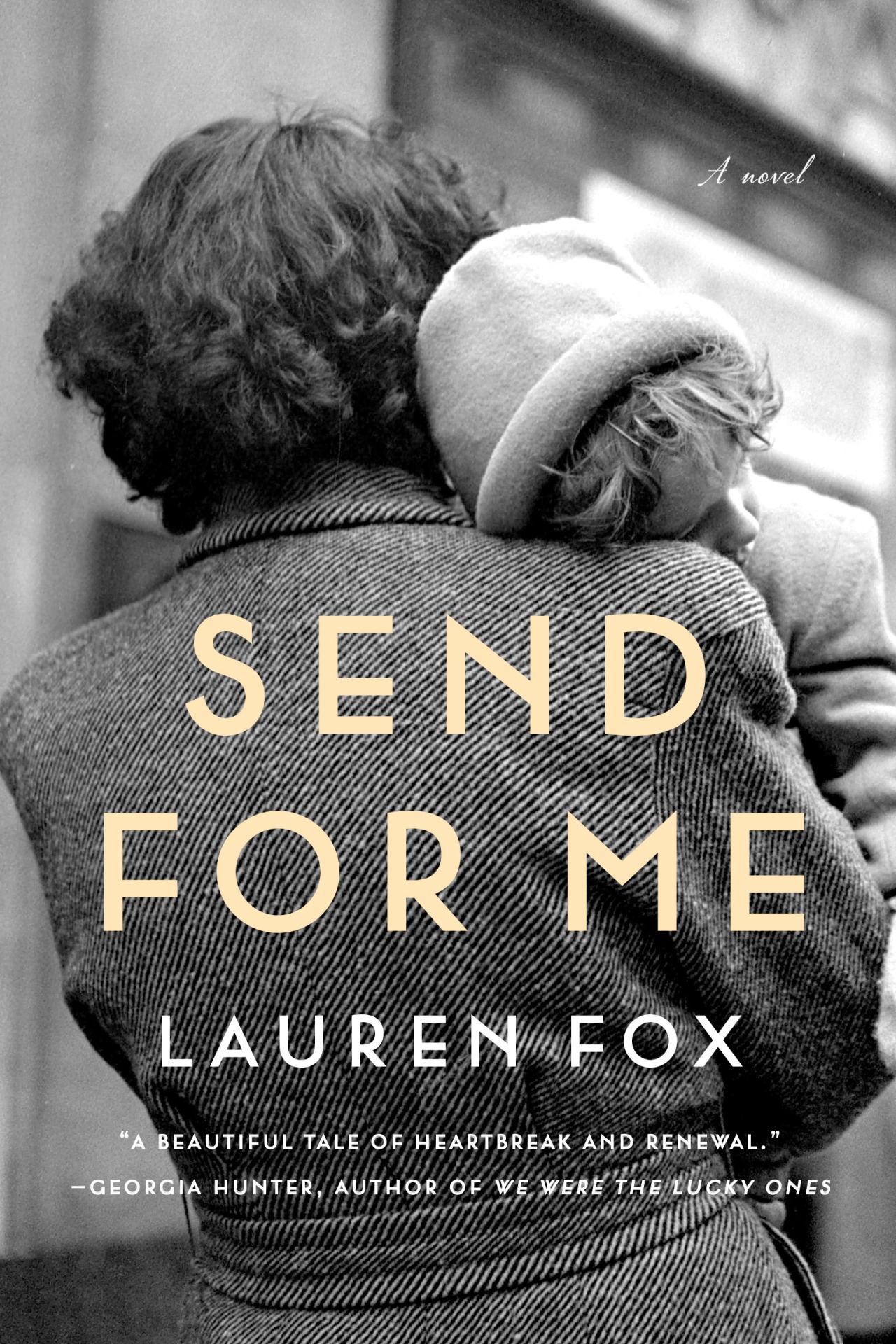 Moving between Germany on the eve of World War II and present-day Milwaukee, Lauren Fox writes a love story to her family in SEND FOR ME, a story loosely based on her own family history. As a young graduate student, Fox found a wooden box of treasured letters written to her grandmother in Wisconsin from her great grandmother in Germany, dating from 1938 to 1941. It would take years before Fox found the voice to tell this story, but how lucky we are that she did.

Annelise works at her parents’ bakery in Feldenheim, Germany. It’s a popular bakery until the insidious rise of anti-Semitism gradually destroys their business and their friendships. Annelise falls in love with Walter, a shoe salesman, and they have a child together, Ruth. Soon, friends dissociate from them and Jews are restricted in their daily activities. Faithful customers stop coming to the bakery. There are rumors of impending danger, but Annelise and her family can’t believe that things won’t soon settle down to normal. When a brick is thrown through Annelise and Walter’s window and an old friend stops by with a dire warning, Walter and Annelise take Ruth and emigrate to America, leaving her parents behind.

Two generations later, Annelise’s granddaughter, Clare, is newly in love with a journalist from England in America on a one-year assignment. Back home, he has a young son.  When Claire finds the treasured letters and the grief that infuses them, she is torn between loyalty to family and love. Her own mother, Ruth, broke off an engagement that would have required her moving to Baltimore, away from her mother Annelise and father Walter. A family history of loss and leaving hobbled Ruth, and now Clare must choose as well.

In her author’s note, Fox says that her great-grandmother’s letters felt like an introduction, “her cadences were familiar, her fear-soaked love the source of the same concoction that was handed down to me . . . not a coherent story . . . more like a song, a howl of grief.”

Powerfully conveyed through shifting narratives, SEND FOR ME is not a lament, but rather an ode to family and a love that transcends time and place. I recommend SEND FOR ME for fans of Kristin Hannah and Geraldine Brooks. Listen to my interview with Lauren Fox on Superior Reads, May 27 at 7:00 pm. on WTIP Radio, 90.7 Grand Marais, or stream it live from the web, http://www.wtip.org.

This is Lin Salisbury with Superior Reviews.