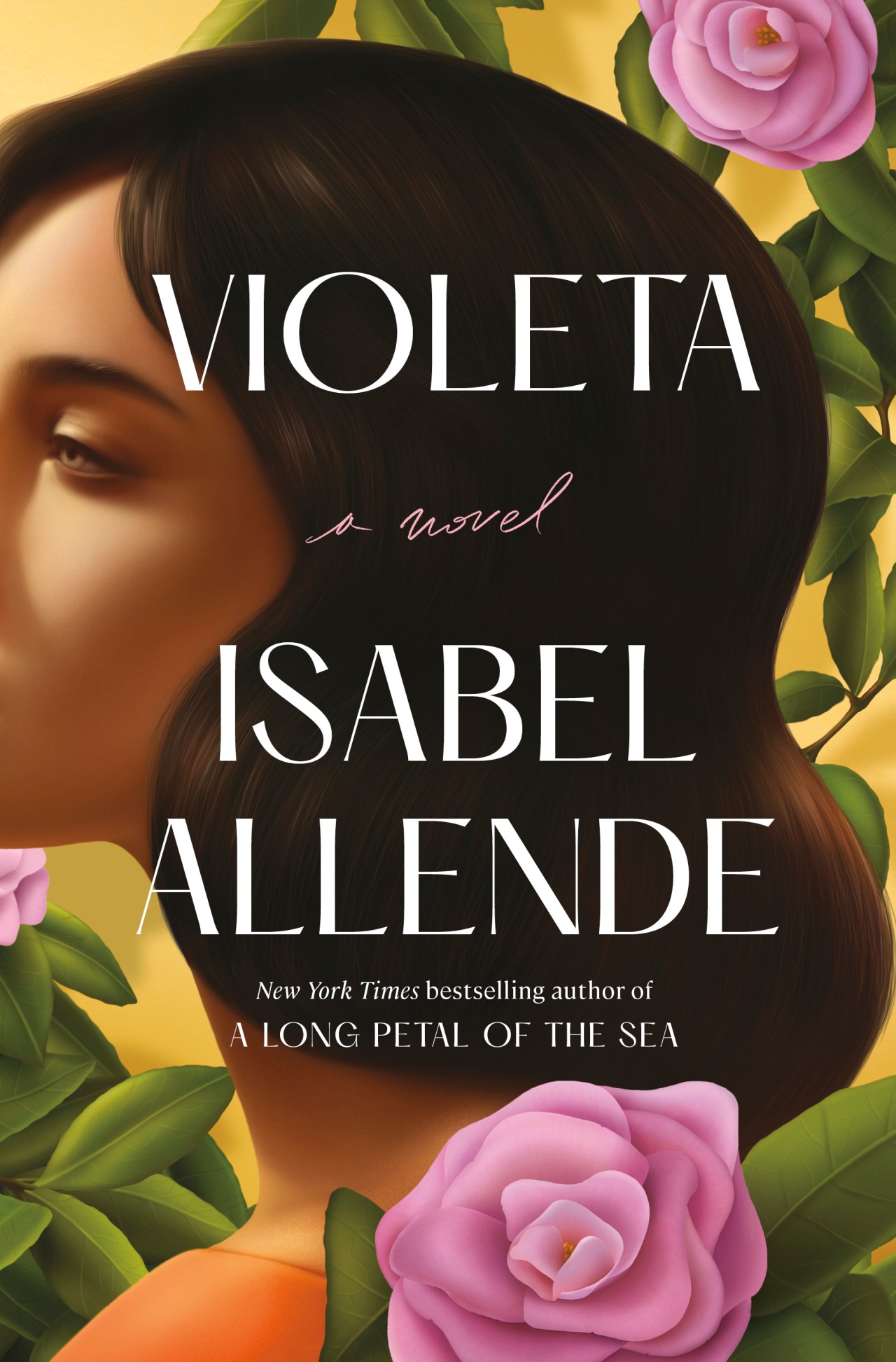 I read five books on my recent vacation – five books that came to me by different means, whether through a book club or a publisher or a friend and they ALL dealt with women fighting for autonomy within patriarchal systems. Huh. I guess it’s a hot topic.

One of the books I read was Violeta by Isabel Allende. Told in first person, Violeta is sharing the story of her life with her grandson. And it was a long life. She’s one-hundred years old at the opening of the book in 2020. That means that her life has been bookended by two world-wide pandemics; she has witnessed the rise and fall of dictators, the subjugation of women to a system designed to entrench the patriarchy, countless wars and political machinations, and the battle for equal rights for women. That’s a lot of living.

Born in 1920, Violeta is the only daughter in a family with five sons. She lives in an unnamed country in South America. The family is wealthy; they can quarantine in their mansion during outbreak of the Spanish flu that kills so many others. Her father’s business practices are questionable and when the Great Depression hits, the family loses everything, and they are forced to retreat to a remote part of the country after her father commits suicide. Accompanied by a sickly mother, her brothers, and a couple of spinster aunts, it is there that Violeta comes of age. Her sheltered life is over. And yet, hardship becomes a blessing for Violeta. She transforms from a histrionic, spoiled girl into an independent and spirited young woman.

As Violeta matures, the family wants her to marry – but Violeta is not keen on the idea – although she is being courted by Fabian Schmidt-Enger, a German veterinarian. Violeta’s brother, Jose’ Antonio forms a business to build prefab houses and she moves to Sacramento to become his assistant. Eventually, Violeta succumbs to the inevitable and marries Fabian, the youngest son of a large family of German immigrants whose family does not like Violeta. Violeta describes the three years of her marriage to Fabian as “uneventful as life in a nunnery.” Then one day, Julian Bravo, a pilot and war hero literally falls into her life and they begin a passionate affair that ends her marriage to Fabian. But, of course, heroes are not without their flaws, and Julian Bravo has more than his fair share.

Allende covers a lot of territory, and the narrative moves along at a fast pace, but we never take a deep dive into any one period. The most moving scenes in the book involve Violeta’s relationships with her children: her troubled daughter who disappears after becoming addicted to heroin, and her son, a student dissident who flees the country rather than be arrested after a military coup.

It is amazing what we endure throughout our lifetimes, and within the sweep of Allende’s novel, this is true for Violeta’s life; she experiences global pandemics, economic collapse, female subjugation, domestic abuse, political upheaval, and a feminist awakening. I admired Violeta and her resolve to live outside of the box society wanted to put her in.

During a time when laws protecting a woman’s body autonomy are being threatened, reading Allende’s book reminds me that throughout history, women have exhibited great strength and resolve, and when banded together, are a force to be reckoned with.

Listen to my author interviews on WTIP Radio 90.7 Grand Marais and on line at http://www.wtip.org on the Fourth Thursday of every month at 7:00 pm and the following Saturday at 6:00 am.